Cannerald is a Swiss Special Crops research and production company aiming to revolutionize the European market to meet the growing demand for  pecial Crops and hemp products, CBD, CBG and other THC precursors. The company works with the Grodan Max in its propagation and testing rooms at the ultra-modern, state-of-the-art facility. Here, head grower Severin Amweg talks about his experiences with the new products.

Severin Amweg has been working in the Special Crops industry for nearly seven years. In early 2017, during a trip to the USA, he had the chance to visit one of the cultivation factories in Los Angeles. “I was so impressed with how they do things over there – they’re a decade ahead of us in terms of the efficiency and quality of the Special Crops production – that I came back thinking ‘Why can’t we do this in Europe too?’. So I joined forces with my brother, Levin, and we got a few investors together and started Cannerald,” he explains. They set up an ultra-modern high-tech facility based approximately 30 minutes away from the country’s capital city, Bern. “One of our aims is to set the bar higher for the industry as a whole in Europe; by giving our competitors something to aim for too, we hope to ultimately improve the level of professionalisation, quality and safety across the board.”

One of our aims is to set the bar higher for the industry as a whole in Europe; by giving our competitors something to aim for too, we hope to ultimately improve the level of professionalisation, quality and safety across the board.

From start-up to scale-up

“Now, three years down the line, we’re emerging from the start-up phase and are scaling up rapidly in terms of both people and space. We currently have a team of 12, which is split roughly 50/50 between office-based and crop-based roles, but we’re hiring new recruits right now, which means conducting interviews by video calls due to the coronavirus outbreak,” continues the head grower. “We currently have two production rooms amounting to approximately 1,500 square metres, but we’re adding three new growing rooms in late July/early August. Based on over a thousand plants per room, that will bring our total up to around 7,400 plants. Besides that, we’re in the process of adding a whole extra floor on top of the current basement, which will give us ten more flower rooms next year and make us the biggest producer in our country.”

Saving on labour and water

The cuttings and new clones first spend an average of two weeks in the propagation room, where Cannerald uses Grodan Max plugs. “We’ve tried lots of different plugs, because it’s difficult to get cloning to perfection in stonewool. But once you get the hang of it, Grodan stonewool is the way to go for me,” states Amweg. “In normal plugs, the clones dry out and you have to re-water them after eight days or so. But the new Grodan Max plugs hold on to so much water that 50% WC is enough, and sometimes even less, to last right through until the clones are transferred to the big cubes.” He experiences a similar benefit with the Grodan Max cubes which he has been trying out in the testing room. That’s where the small-scale experimental work is done to see which strains are suitable for large-scale production: “Normally you have to water the cuttings a week after putting them into the cube to prevent the sides drying out; there will always be some dry spots even if you think you’ve soaked them perfectly. But in the Grodan Max cubes there are no dry pockets at all, which means you have to water them less often. So that’s a big saving for us in terms of both labour and water consumption.” 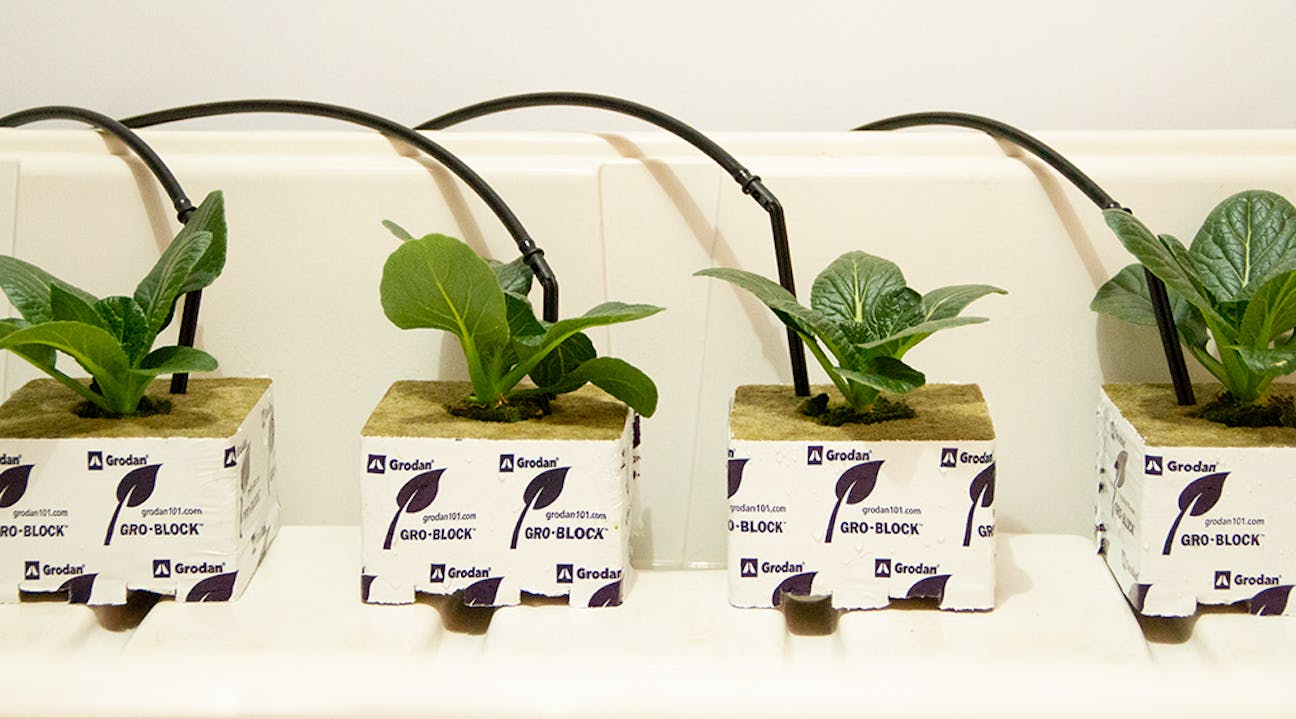 Even spread of roots

Since progressing from coco, Amweg has tried all kinds of stonewool blocks over the years: “I’ve seen how bad the cheaper ones can be for your plants if they’re not made from the right material. When I discovered Grodan’s Delta cube, that’s when things got interesting for me. I did a lot with that, so I was immediately curious when I heard about the new Max products.” With the flowering cycle almost completed, the company is now approaching the end of the test phase. “It’s common for some strains to suffer from root rot in the vegetative and early flowering phase if the roots are too wet. I tested the Grodan Max cube with three different strains, each with different levels of moisture tolerance, and I saw no root rot at all. That’s probably due to the more even spread of roots. I saw roots coming out of the bottom of the cubes after just a week and they were all the way across too – even in the corners rather than just at the sides. And I mean very big, strong, white roots, not flimsy ones, so I was really impressed!” 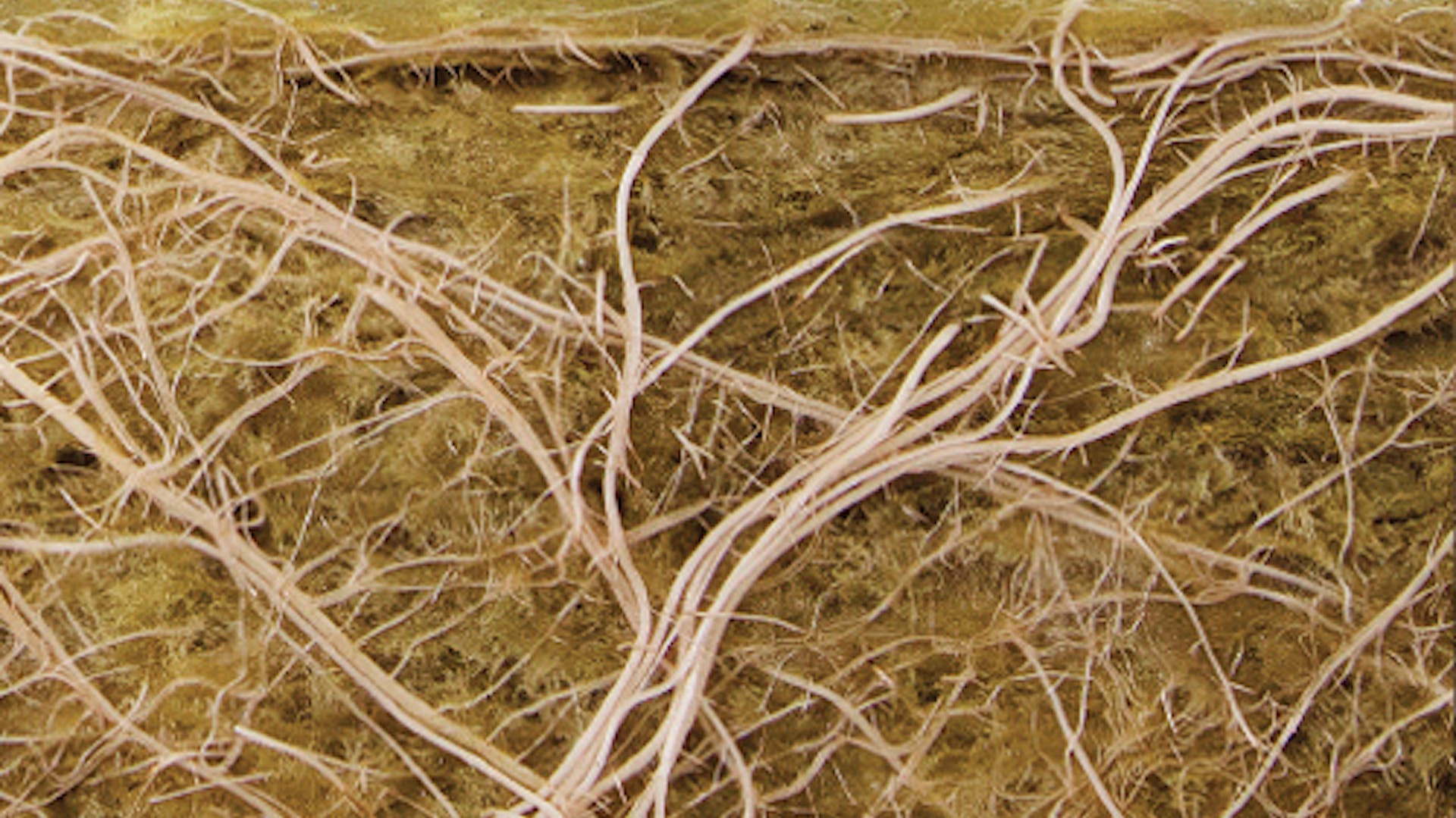 “The uniform water content makes it easier to steer the block in the vegetative and flowering phase too,” he continues. “As soon as the roots have penetrated the cube, we drip-irrigate between 8 and 12 times a day. I’ve noticed that the Grodan Max not only holds on to water very well, but as soon as it reaches saturation point it flushes it out much more easily too, which gives you much better control over the EC and pH values, which for Special Crops should ideally be 5.5 to 6.5.”

For the past few months, Cannerald has been working with Grodan’s GroSens system. “We were looking for a very precise measuring device for the blocks that really tells you what’s going on inside. Even if the plants look good and everything is growing well, I still want to understand why it’s going so well as the basis for protocols. That way, if you ever have a problem, such as yellow leaves, too high EC or low water content, you know what the optimum baseline settings are. And Grodan has helped us with that – mainly by email and WhatsApp during the pandemic, but we hope to meet up in real life before too long,” explains Amweg. “Most of the other devices we tested weren’t actually that accurate, but with GroSens I get the exact same readings I would normally get from run-off tests. So we’re really happy with how it works, it saves a ton of time with regular run-off work. We currently have the handheld version, with three sensors which we move to different rooms based on what we want to measure, but in the future – especially when we add the new rooms – I can imagine us having maybe ten sensors installed permanently per room to get a really clear picture.”

“When you’re producing plants on a large scale and in a high-tech facility like we are, you need uniformity for the room to work properly. Ideally, every plant should have the exact same height and stature to create a beautiful sea of green canopy. That uniformity is the result of the root distribution and better water retention… it all adds up,” concludes Amweg. “If the plant is given a strong start, the crop will do much better in the end, with more resistance and ultimately a higher yield. So that’s the biggest reason for us to use the Grodan Max. We’re actually so happy with its performance that we decided to refill a whole flowering room with 1,280 new Pro cubes in mid-June.”

Precision growing: give the plant exactly what it needs in every cultivation phase. Grodan provides products to have uniform plant development and consistent yield.

Reach out to me to discuss the opportunities for you.

With 20,000m2 of high-tech greenhouse space close to Faro on the Portuguese Algarve, GroVida is one of Europe’s biggest producers of medical cannbis and is able to supply GMP and GACP-accredited inflorescences (flower buds) and extracts worldwide. Dror Avital, the company’s production director, works exclusively with Grodan’s stone wool growing media in both plant raising and cultivation.

How Perfect Plants converted the crisis into new opportunities

With over 40 years of experience in international biogenetics and tissue culture, Perfect Plants produces more than 30 million plants per year: 150 crops in more than 2000 varieties. When demand for young plants fell sharply during the crisis in 2006 and 2007, they kept doing what they were already good at, but in a new market.

At CANN Group, we transitioned our Melbourne indoor facility's production system to Grodan rockwool in 2019 and instantaneously achieved a 20% increase in biomass while maintaining Cannabis quality. Since the update to the Grodan Max product range, we've achieved a steady increase in yield through the optimisation of our crop-steering strategy for each of our unique cultivars.