Greenhouse innovations all growers should know about

How Artificial Intelligence (AI) is taking over the greenhouse

“In the near future, a greenhouse will look more like a spaceship from the inside, with robots and drones wandering and flying around.” According to Grodan’s experts Gursel Karacor and Paul Bouwens, this future reality is not that far away. Several promising AI innovations, including imaging technology, nondestructive testing, and sensor systems will become part of a greenhouse to help growers predict and control the sustainable production and quality of their crops. Grodan embraces these developments and is excited to share the latest insights and developments, aiming to facilitate an ongoing dialogue about sustainable precision growing in the horticultural sector.

AI technologies will be increasingly used in the horticultural sector in the coming 5 – 10 years, in response to the growing global demand for food. This is essential, because ultimately 56% more food needs to be produced if we want to feed the world’s population of 10 billion people by 2050. At the same time, there is a growing demand for sustainable food production with minimal impact on the environment. For growers, this means adopting the most efficient technologies to reduce energy and water usage and finding alternatives for pesticides to control crop diseases. During the Green Expert Platform in November 2019 we spoke with Gursel Karacor and Paul Bouwens about two promising innovations: imaging technology and multisensory technology.

Watch the video below

Gursel Karacor, Data Scientist at Grodan, sees high potential in the use of imaging technology in the greenhouse.

“The giants of the world like Google and Facebook are currently spending billions of dollars into developing this state of the art technology,” he explains enthusiastically. “This technology basically means you can extract data from photographs of your crops. The data is fed into Deep Neural Networks, where Deep Image Recognition is used to detect and categorize several objects, such as fruits. A picture says more than thousand words, so by using these photographs, growers can collect a lot more specific data about every growth stage of their crops than if they measure them manually,” adds Gursel.

According to Gursel, growers can already start to use the existing models and technologies, because most of the current Deep Neural Network models are open source and are already based on millions of photographs.

“The grower can tap into the data that is already there, but he should adjust the model to his own specific situation. Collecting data from this specific situation will be a challenge; he will need to have at least a thousand pictures and label them to build his own model. But I really think that if we can do that, this technology will be very useful for our sector,” he adds. “That’s why I think all growers should know about this new technology.”

Optimizing water and nutrients with GroSens

GroSens, developed by Grodan, is another example of a promising technology that helps growers to optimize their crop results. GroSens uses a system of multisensors which measure water content, electrical conductivity and temperature of the substrate. With this data the grower is able to optimise the irrigation strategy for the crop. Paul Bouwens, Project Manager at Grodan, is enthusiastic about this technology:

The idea of the system is to take the grower’s worries away. By gathering data throughout the year, the system can give the grower recommendations about irrigation and EC management, and help to steer the generative / vegetative balance in the crop. For example it will advise the grower to target a larger decrease in substrate water content overnight to promote generative crop development if required

The GroSens technology was launched in 2013 and is steadily being picked up by growers. Grodan spent 3 – 4 years to improve the water and EC readings of the system. According to Paul, the technology is now fully optimized. The collected data can also be inserted into the e-Gro platform, which combines relevant data from various sources on a single online software platform.

“The e-Gro platform translates the data from the greenhouse into advice for the specific situation of the grower,” adds Paul. “This is very useful, because growers always have a lot of things on their minds; when to harvest, when to raise temperatures, etc. Solutions like GroSens and e-Gro should help them make decisions more accurately.”

Next: nondestructive testing and robots

Imaging technology and multisensors are only two examples of the many AI technologies that are currently being tested and picked up in the horticultural sector. For example, Grodan is working together with the Wageningen University and Research on the development of an AI yield prediction model and associated database.

Another exciting technology Paul mentions is that we will see more and more in the greenhouse is nondestructive testing (NDT). This is a technique to evaluate the properties of a crop without causing damage. In the greenhouse, it can for example measure vitamin content in tomatoes. He also believes that micro-life will be used more and more to predict and control crop diseases.

“There has not been a lot of research on micro-life in the past and we still have a lot to learn. But in the biological crop control area, I believe we will see big developments in this area in the coming years,” adds Paul.

In addition, in the Netherlands alone, already 11% of the growers are making use of robots, of which mostly spray robots (25%). According to a recent research by AgriDirect, the usage of robots in the greenhouse will only increase in the coming years. 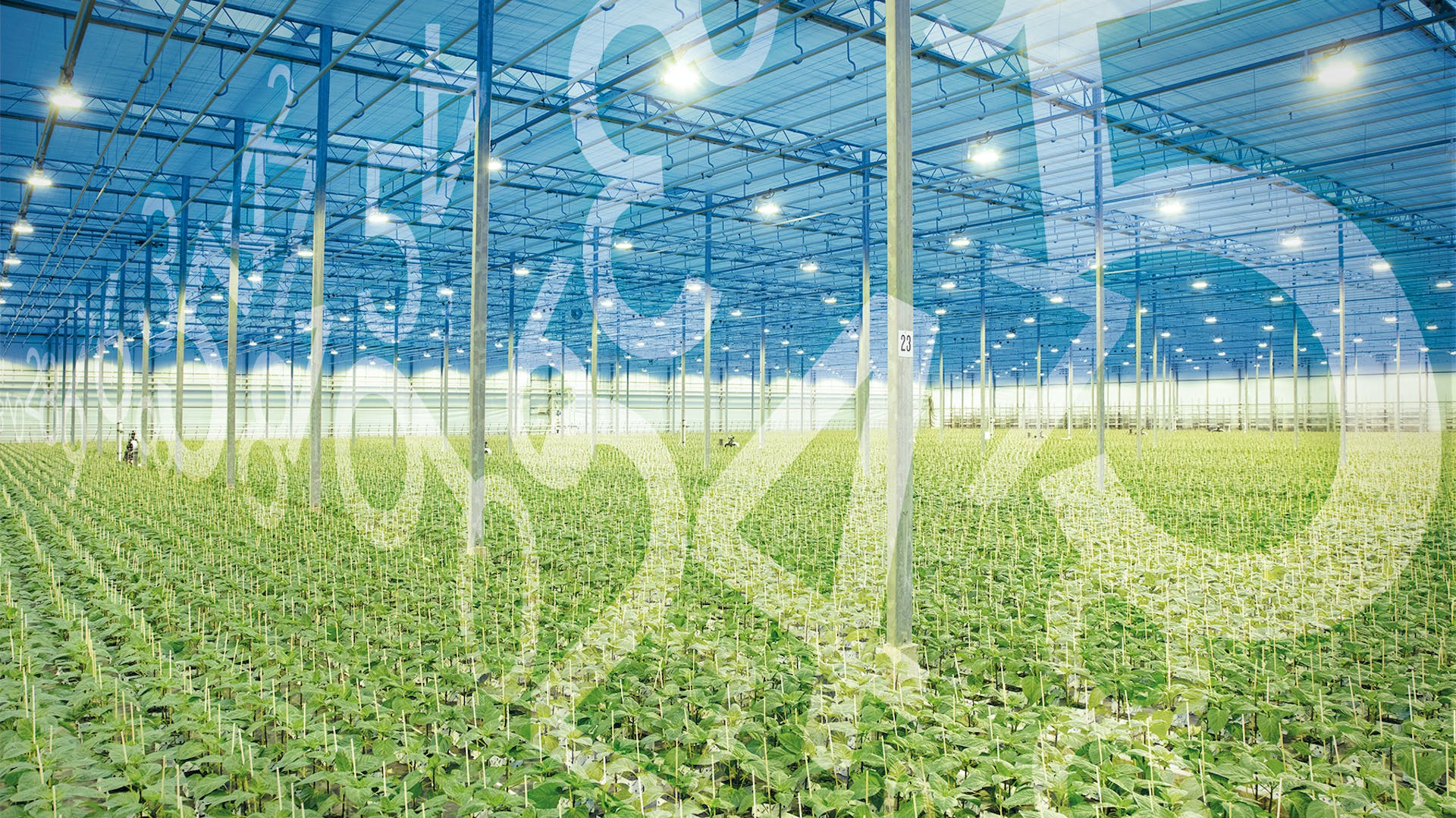 If growers want to prepare their greenhouse for the future, Gursel and Paul both recommend them to pick a technology they believe in and start trying it out on a small scale.

“Greenhouse growers are very entrepreneurial and pick technologies up very quickly. My advice to them is to invest in low hanging fruits; not too expensive technologies that can be tested in a small part of the greenhouse. If it works for you, you can adopt it on a larger scale,” says Paul.

Gursel agrees: “Many of the new technologies are open source, so growers can start trying these technologies. They don’t have to know all the technological details – usually, these technologies will make their lives easier and be quite easy for them to use. The question is not whether AI is going to play a crucial role in food production, but when. It’s just a matter of time. Ultimately, I believe we’ll have fully autonomous greenhouses.”

At Grodan we like to gain knowledge on relevant horticultural industry themes. Advanced technology in the greenhouse is one of those exciting themes. We write papers, publish articles and organize roundtables and other expert meetings to exchange ideas and share knowledge on this topic. During our own Green Expert Platform November 2019 the latest developments in technology in the horticultural sector were discussed. Key takeaways were used to draft this article.

Did you know that 95% of the tomatoes in the Netherlands are grown on stone wool growing media? One of the tomato growers with a long history of working with Grodan is Ton Janssen, the innovator behind the famous Tasty Tom.

“Why we switched to geothermal energy”

In the greenhouse horticulture sector, we need to increase our contribution to the energy transition. Although this a big challenge for many, Gebroeders Vahl – cucumber growers who have heated their greenhouses with renewable geothermal energy since 2012 – see it as an opportunity.

“Why data-driven cultivation is relevant”

Silke Hemming: “The time is ripe for data-driven cultivation”